The starting signal was given in 1990: On June 7, Heiko Bodamer founded Spektral-Druck at Karlsbader Strasse 11 a in Stuttgart Bad Cannstatt. This step was foreseeable: Father Dieter Bodamer had already spent 28 years in the sign and label industry as an entrepreneur. And indeed, the apple did not fall far from the tree. Heiko Bodamer could count on his mother Ingeborg. She had always been at her husband's side and was now able to contribute this knowledge to son Heiko's company.

After a short time, the two developed the trading company into a production facility with a plotter, a small printing press and an engraving department.

In 1999, the ISO certification was achieved and it is still lived and constantly optimized today. One year later, SPEKTRAL-DRUCK merged with hebo Dieter Bodamer GmbH, and Dieter Bodamer took care of sales from then on until his retirement in 2008. In the meantime, the premises in Bad Cannstatt had become too small, but a new property could not be found.

What Heiko Bodamer found instead: a building plot in Zuffenhausen, on which he could now build the company headquarters according to his ideas.

The move to the new building at Porschestraße 6 in Stuttgart-Zuffenhausen followed in December 2012. The joy was great, because finally there were again enough offices and parking spaces for the employees, plus enough space for new machines and larger warehouses.

In the same year, Heiko Bodamer had the company, which was now called SPEKTRAL-DRUCK Heiko Bodamer eingetr. Kfm., entered in the commercial register.

The new machines were accompanied by new jobs and the signs continued to point to growth.

SPEKTRAL-DRUCK has also grown in terms of personnel. Increasing development of orders and constant expansion of the portfolio let the company expand. In addition, the machinery could be further expanded.

This includes, for example, a large-format plate printing press for UV digital printing, which easily handles a print size of 3,000 x 2,500 mm.

The company is also to be positioned in line with the times in the future. The renewal and expansion of machines allows increasing customer requirements to be optimally implemented. Internal and external staff training keeps us up to date in order to be able to react flexibly to customer requirements.

SPEKTRAL-DRUCK was recently certified with the energy audit DIN EN 16247. A clear sign in the direction of efficiency and economy.

Of course we will inform you further....
Please also feel free to use our social media page such as LinkedIn, Facebook, Xing or Instagram.

We are here for you 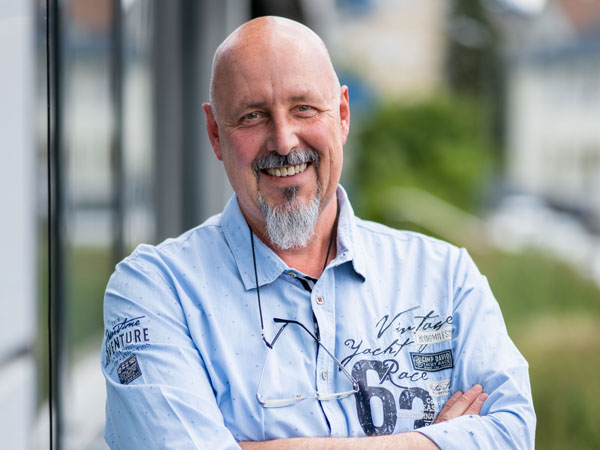